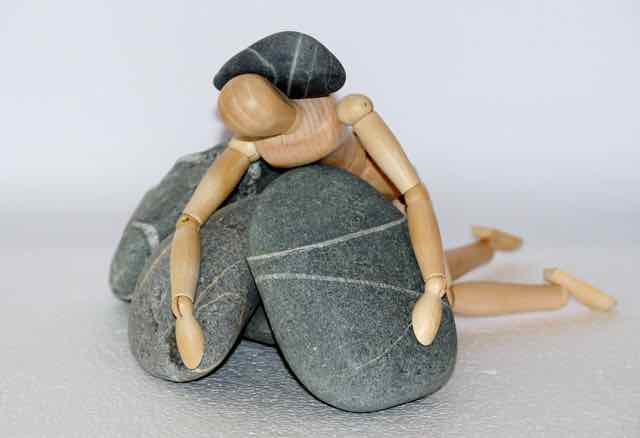 What To Do With Enormous Pain

When emotional, psychological, relational, physical, or spiritual pain lasts for an extended period of time, what choices do you have?

I’ve discovered people tend to do 1 of 3 things:

Each of these choices comes with side effects.

Medicate. People medicate in all sorts of ways.

Choose your poison. You’ve probably heard this phrase, and it’s true! Each of these things may temporarily bring relief, but they ultimately lead to destruction, if abused. We all know people who have struggled with drug or alcohol addiction. I used to think people could only become addicted to substances such as these. WRONG! All sorts of chemicals or activities can end up controlling our lives, and taking our focus off the pain we so desperately want to go away.  Did you know that the hormone released during sex dulls pain with the same impact as morphine? Is it any wonder 70% of men ages 17-34 admit to viewing pornography in the last week?

We don’t want to feel pain, so many people begin an addictive cycle, thinking it will keep them from hurting.

When we act out instead of feeling the pain, we fall into this cycle. We want the pain to end, so we do something. The pain ends for a time, but we feel guilty for acting out. This causes us to feel more pain, and the cycle goes round and round. Obviously, we’re not actually dealing with the pain, we’re just running from it. So it never gets healed, and we stay stuck in the cycle. We’ve now brought another pain into our life. We have to recover from addiction, and then heal from the pain we originally thought we were “dealing with.”

How about another choice?

Numb. If addiction isn’t your thing, maybe you can just shut down. I know many people who seem wonderful when you first get to know them. They are friendly, sincere, funny, and seem to have it all together. Unless you poke around a little.

If you hit on a topic they haven’t healed from, they will either lash out at you, act as if they’ve never had problems in their life, or make you think you are crazy. They don’t remember. They tell you it’s not important. They try to get you onto another subject. Something isn’t right. Healthy people know their history and have come to terms with it. Avoiders don’t want to talk about it, minimize it, or try to make you think there’s something wrong with you for desiring to talk about such things.

Pain hurts. That’s why we don’t want to talk about it or deal with it. But the unintended consequence of numbing is that you shut out amazing people from your life. When you only deal with surface things, life never goes to the depths of friendship and relationship that are possible when you’re not so busy defending yourself, or hiding from pain.

Feel.  No one likes to hurt.  Could it be that the very thing we avoid like the plague is the thing that could bring healing and freedom?

Years ago when my life was truly a daily struggle, I made a decision. I didn’t want to turn to an addiction, because I had seen it ruin people’s lives. I didn’t want to shut down, because I watched people become hardened, angry, and resentful. I knew it might lessen the pain if I shut it off, but I sensed I would become someone I didn’t like. So I chose to feel it.

And feel I did! I felt deeply. My heart literally hurt. I ached. The pain was almost too much to live with. In fact, I remember driving on a two-lane country road thinking,  “If I just swerved the wheel in front of this oncoming truck…” I wasn’t suicidal, but the pain was enough to mess with my mind. I wanted it to stop. I would have done just about anything to make it stop.

Instead, I learned to grieve. It stinks, I know. John Townsend and Henry Cloud wrote in their book,  How People Grow, that grief is the toughest pain we have to deal with because we have to enter it willingly. “Grief is the one (kind of suffering) that heals all the others. It is the most important pain there is.”

The healing continues. The pain is mostly gone, but when it flares up I think,  “This is grief. I know how to do that.” It’s not fun, but it is the pathway to a healed, healthy life.

“Weeping may last for the night, but joy comes in the morning.” psalm 30:5

Have you found other ways to deal with enormous pain? Please comment here!